UNICEF PHOTOGRAPH OF THE YEAR 2018 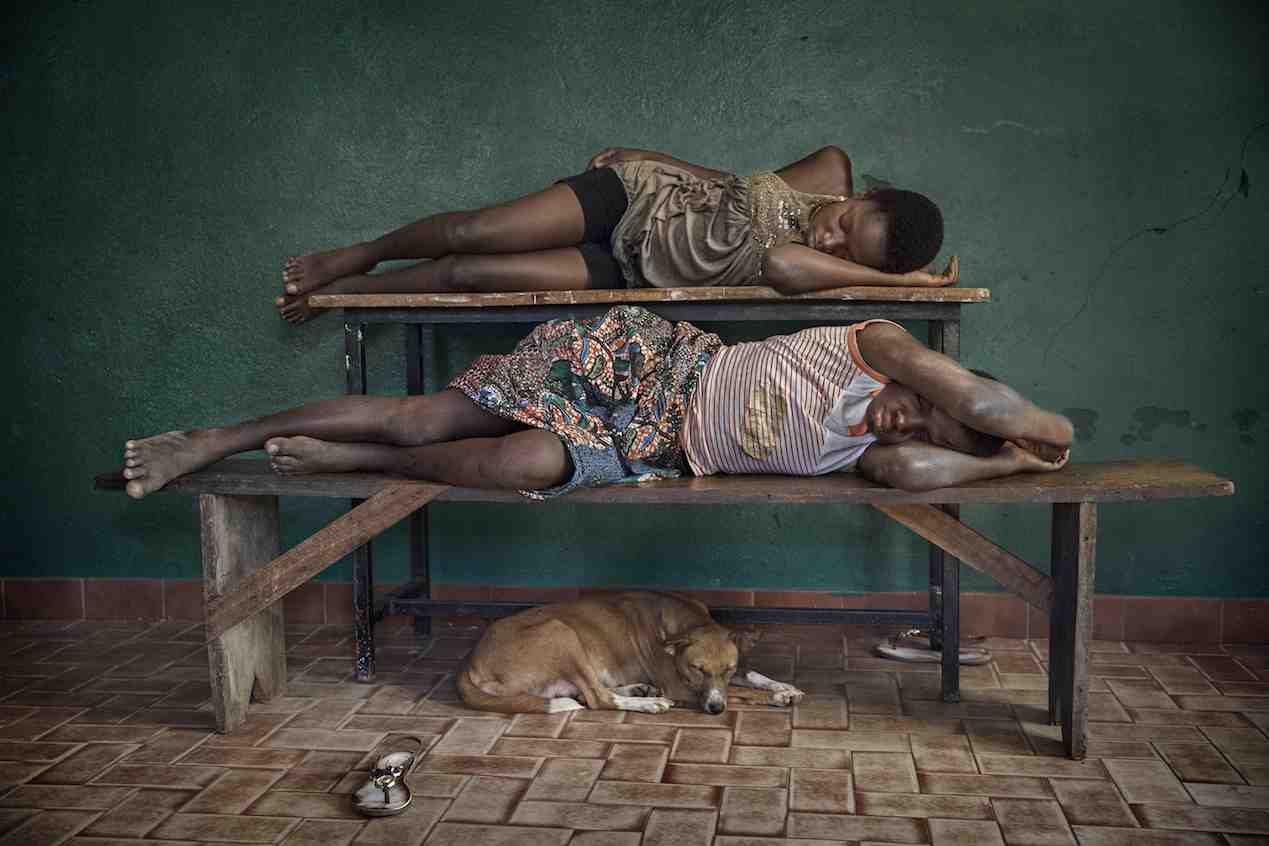 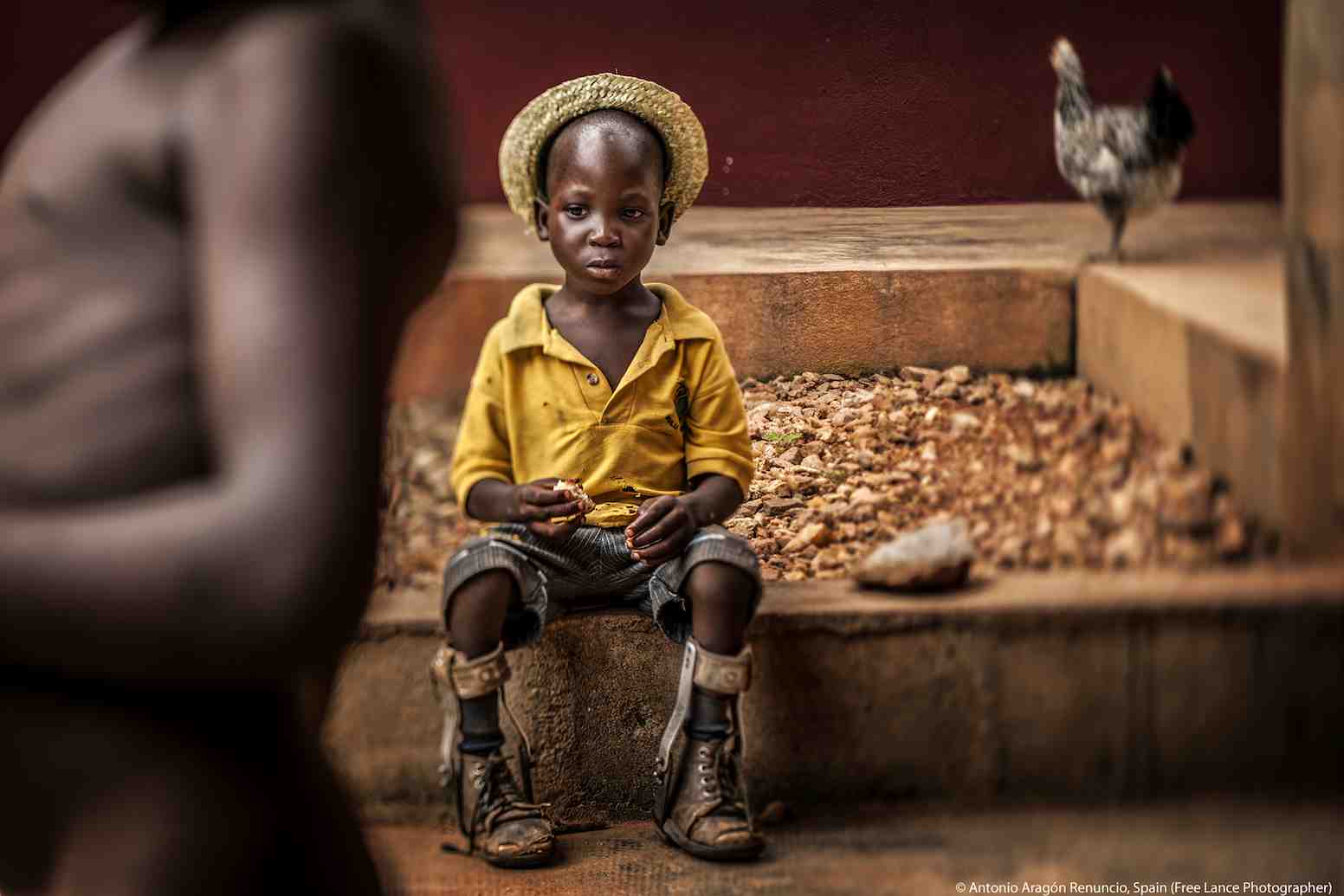 They are seen as a “punishment from the gods”, sometimes even as “demons”. Or simply as “snakes”. The less people know about diseases, the more they are frightened by them. This is especially true when it comes to disabilities. As a result, horrible myths are widespread in parts of West Africa about children with mental and physical disabilities. They are at risk of isolation; they are often mistreated and shunned by their families. This is still the case, for example, in some regions of Togo. The country only ranks 165th out of 189 countries on the Human Development Index (HDI) 2018 of the United Nations Development Programme. Therefore, it is almost like a life-raft for disabled children that there is now the “Saint Louis Orione Center” in Bombouaka, named after an Italian priest who died in 1940 and started helping orphans in 1908. About 70 boys and girls have found a safe home there and receive the medical care they need. They have the opportunity to play and are no longer seen as inferior. One of these children: the boy with leg orthosis, photographed by Antonio Aragón Renuncio, a Spanish photographer living in Nicaragua, during one of his regular visits to the Center. The main reasons for disabilities in third-world countries include malnutrition, insufficient obstetrics and lack of vaccination, for example against polio. More than 93 million children around the world grow up with moderate and severe disabilities. “These children need to be seen, so that they, too, can be valued”, demands UNICEF. Renuncio has taken that to heart. 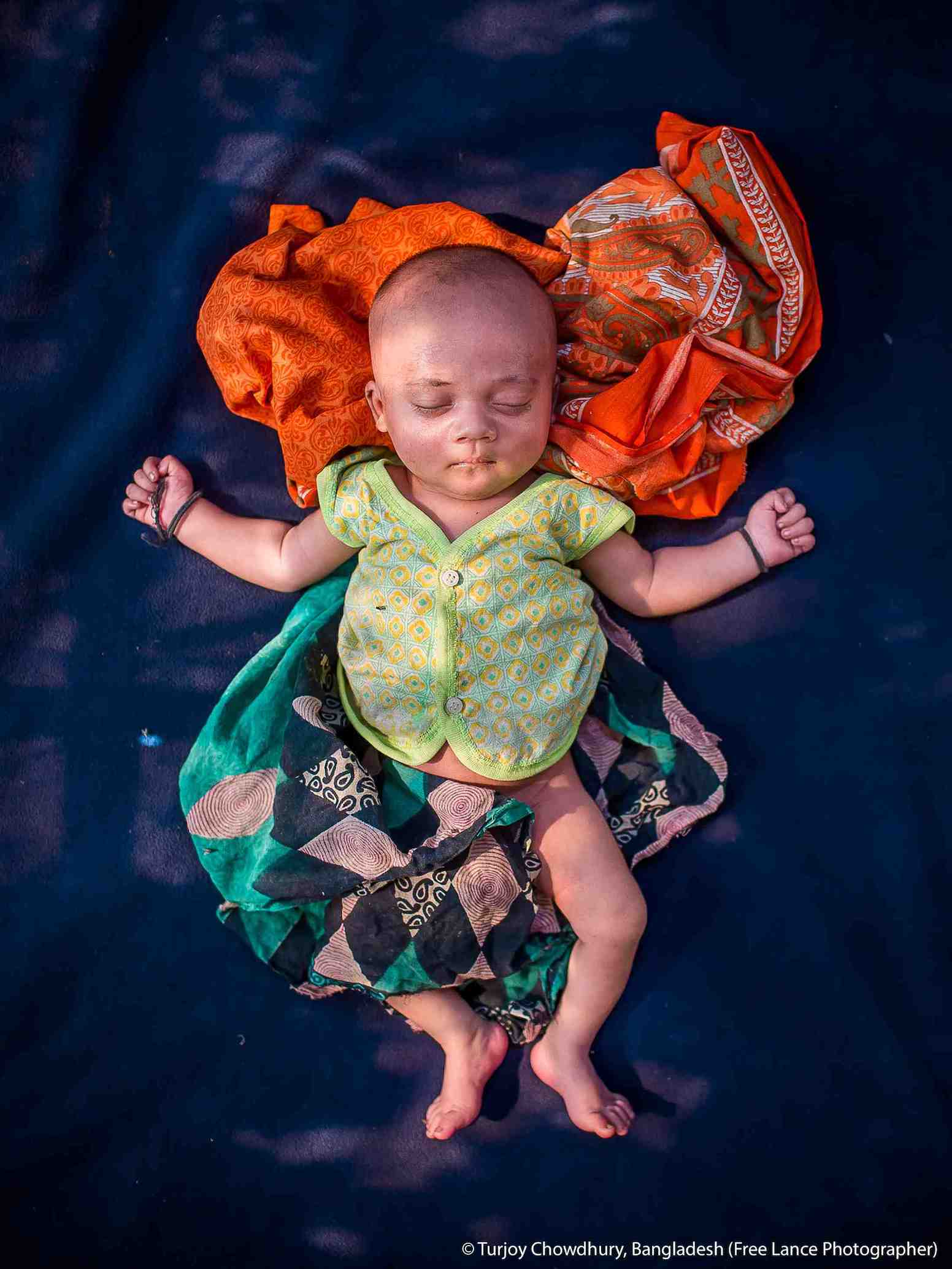 To the bureaucrats who they might meet one day, they will be like ghosts, like non-existent beings: stateless children, born whilst fleeing their homes, with no birth certificate. Dhaka-based photographer Turjoy Chowdhury took pictures of babies, one day, one week, three months old, born to parents from Myanmar. Their pregnant mothers managed to flee the terror and violence against the Rohingya to Bangladesh. Neither Myanmar nor the receiving country accept these children as their citizens. Countless children suffer the same fate, barely noticed by the West, with grave consequences. And not just in Myanmar, but in many countries. People without a birth certificate and without nationality later often find themselves faced by barriers when it comes to accessing education and social security, but also when participating in elections or simply when opening a bank account. Child labor, being recruited as child soldiers and being treated the same as adults under criminal law are other dangers for young people who cannot prove their age. The 18-day-old boy in this picture had no name yet when photographer Chowdhury shot a number of portrait photos in a refugee camp in the region of Cox’s Bazar. The colorful shawls in this tiny life without a home were given to the refugees by aid organizations. 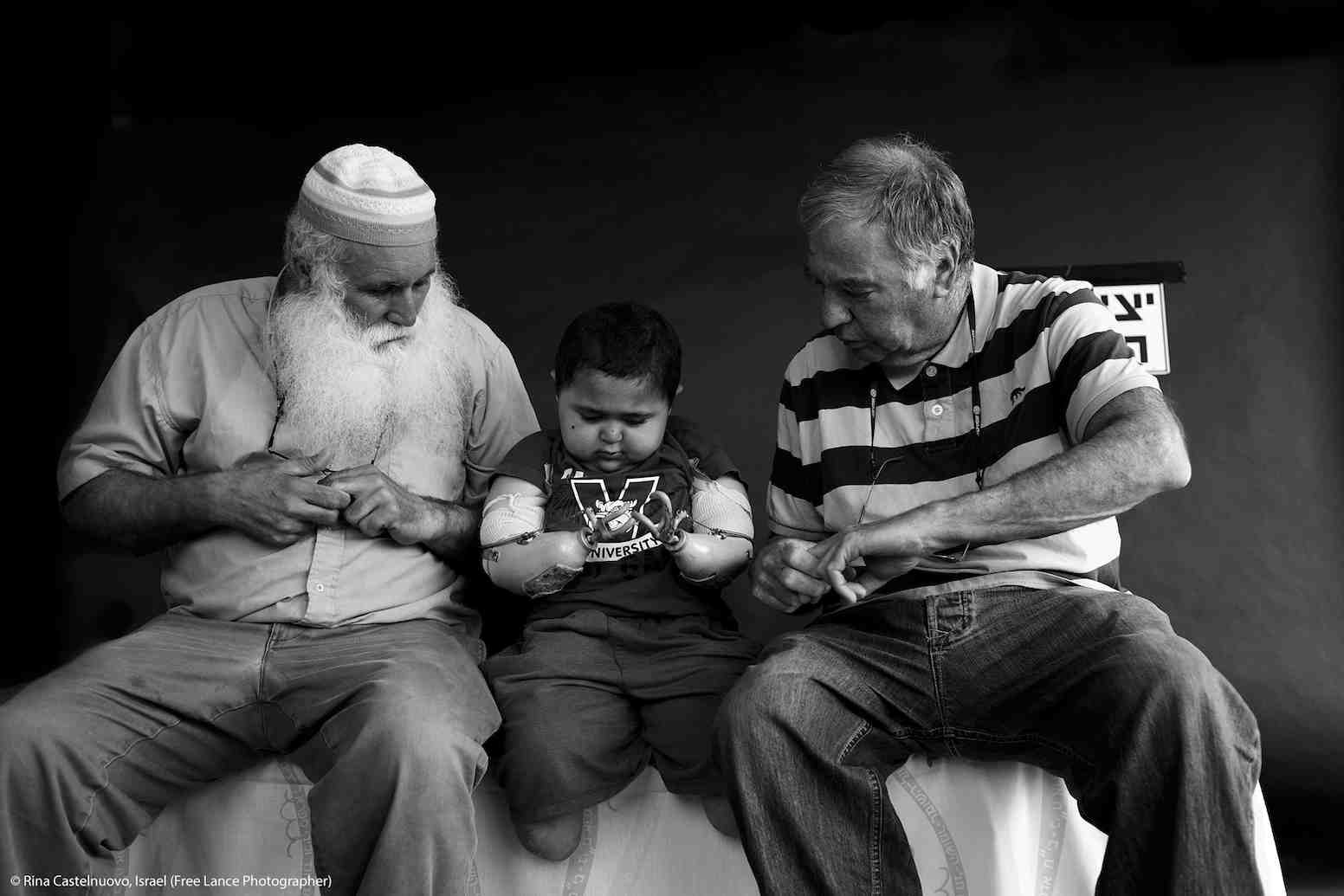 His name is Mohammed, but everyone calls him Muhi. He was born in 2009 in the Gaza Strip, as the son of a Hamas activist. Muhi suffers from a rare autoimmune disease that could not be treated in Gaza. When he was three months old, his mother therefore decided to bring him to Israel to be treated. Only his grandfather Abu Naim was allowed to accompany him. Due to an infection in Muhi’s body, the doctors were forced to amputate his lower arms and legs. A tragic fate, closely linked to the lines in the Middle East conflict. At Muhi’s side: his grandfather who was allowed to cross the border with him, while his mother is only allowed to do so every few years. And Buma Inbar, an Israeli who strives for peace (to Muhi’s right on the picture), whose son died as a soldier in Lebanon. Left behind in the Gaza Strip: Muhi’s siblings and a father who wants his son to return from “enemy territory”. Israeli photographer and documentary filmmaker Rina Castelnuovo has accompanied Muhi’s life since 2013. She shows the boy’s remarkable ‘stand-up’ qualities in a hospital near Tel Aviv, his humor, his desire to learn, his winning charm, his ability to make friends and overcome all of the adults’ borders. His grandfather once asked Muhi whether he loved him. Muhi’s answer: “I love you to the sky and the sea.” Muhi’s dream? To become a football player... 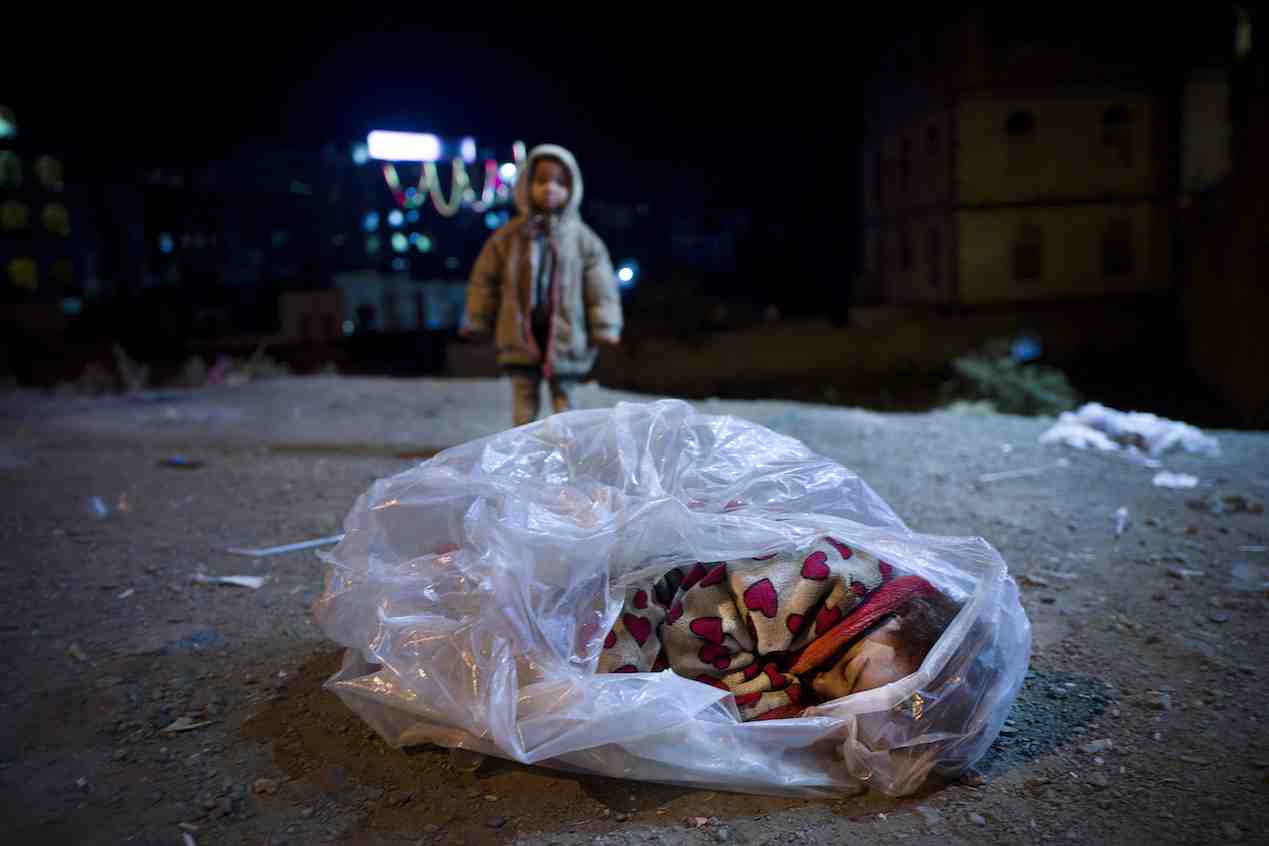 In Yemen, every ten minutes a child dies from a treatable disease. Experienced French photographer Veronique de Viguerie states that she had never seen so many violations of the UN Convention on the Rights of the Child as she did in Yemen, particularly in the northern part of the country. There, the children sleep in the streets because their houses have been destroyed by bombers. Children become beggars because their families have no source of income left. They become orphans and cripples, suffer from malnutrition and fall victim to starvation. Or they flee, like more than two million fellow Yemenis, from the air raids, the fighting and the growing misery. For almost two years now, their teachers have not been paid and therefore millions of girls and boys cannot attend school any longer. And since most of the times there is not even gasoline for ambulances, people die before they can be transported to one of the few remaining hospitals. Chances of fleeing from the country: zero. Neither by land nor by sea. In a hospital in Sa’dah, a city in north-western Yemen once labeled a UNESCO World Heritage site but by now mostly destroyed, Viguerie found an eleven-year-old boy with shrapnel fragments lodged in his head, which nobody on site was able to remove. She saw nine-year-olds with the most severe injuries. And sometimes a little human being on the street, abandoned by all, closer to death than to life.

Since around 1860, fishing villages built on poles have grown along the lagoon of Lagos, Nigeria. Now they are seen as interfering with the rapid growth of the metropolis. And since some of them have already been wiped out, like the Otodo Gambe community in 2016, the demographic pressure in the remaining settlements is growing. One of these settlements is Makoko, where German photographer Jesco Denzel captured the everyday life of its inhabitants, particularly the children. An estimated 150 000 people live here and yet the local government of Lagos invests nothing in the infrastructure there - for example in drinking water supplies. Or schools. Most inhabitants have no access to education. Both adults and children in Makoko are in danger of becoming displaced or homeless. 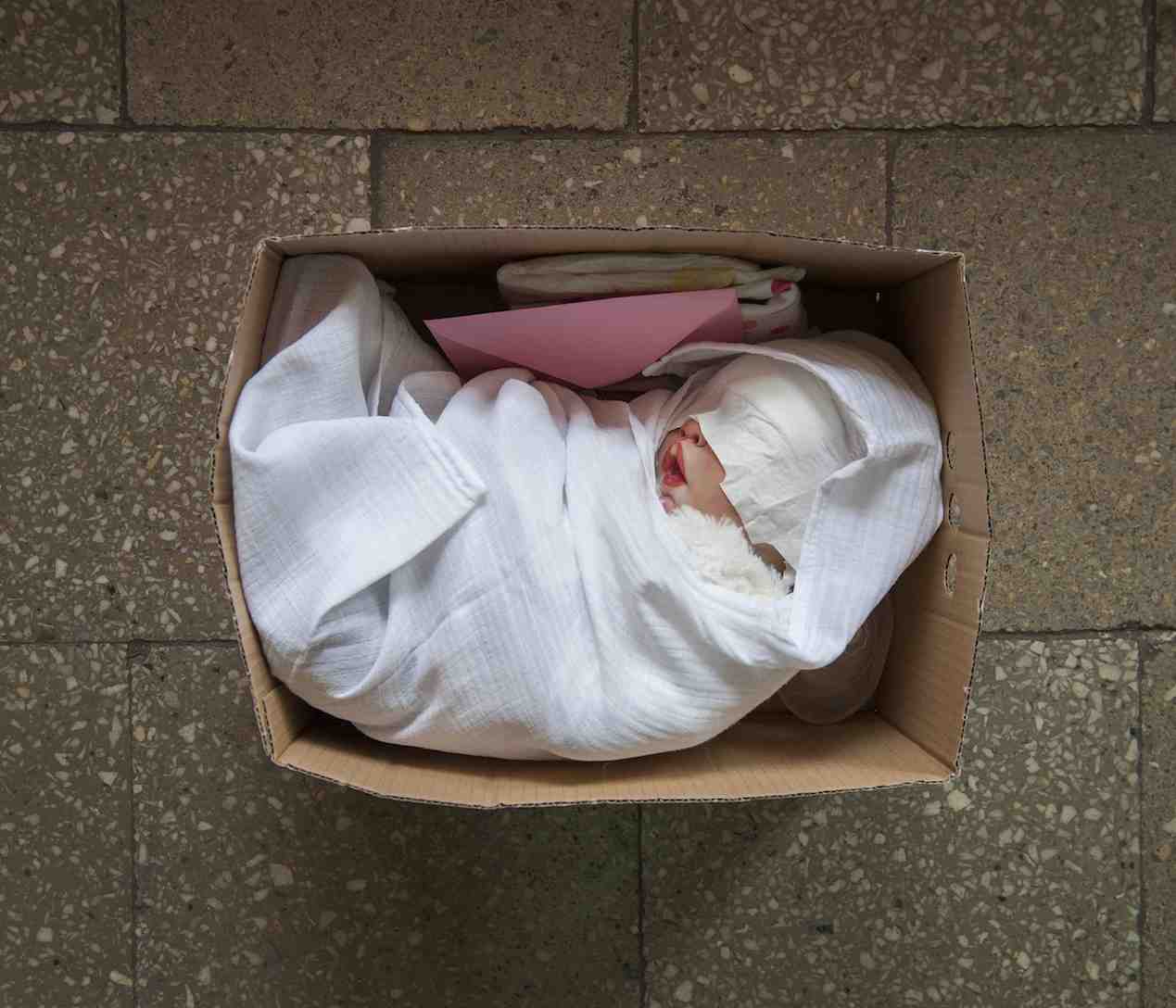 They are delivered along with birth certificate, size and weight indication. They look like babies and they are even impregnated with the scent of babies. But they are made of vinyl. In the long-term project she started in 2015, Polish photographer Karolina Jonderko has tried to find out why grown-up women would want to have an artificial baby. A baby doll that they use to make videos later posted on YouTube. A doll they take to the playground or to restaurants where they put it in a high chair. A doll they say is ill so that they can nurse it back to health. Or for which they switch on the TV so that it doesn’t feel alone. Jonderko found that these artificial babies are a “powerful therapy tool”, for example as a substitute baby for women who can’t have children. Or for women who have lost a baby. “Their love has to go somewhere”, she says. And caring for these artificial children also brings a calming routine to the women that obviously helps them to deal with loss and depression. 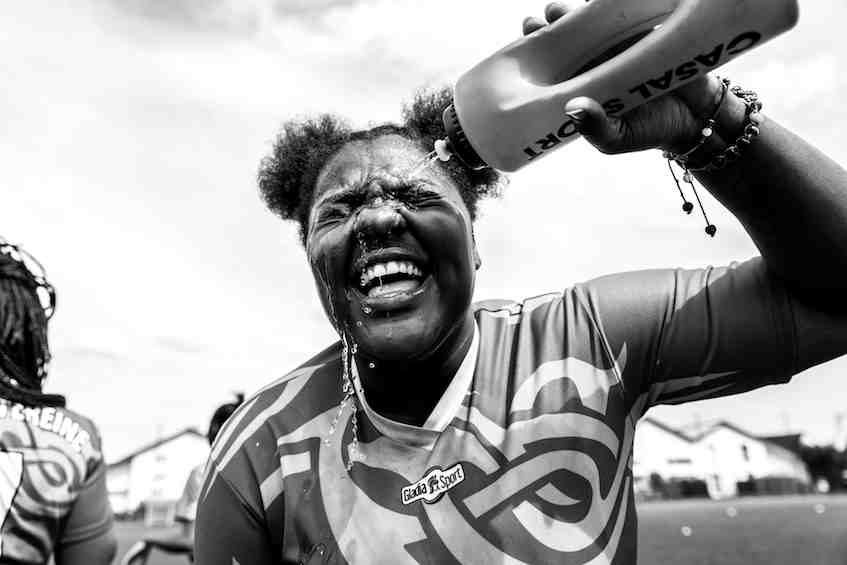 Located north of Paris, Sarcelles is one of France’s poorest and most notorious "banlieues" (suburbs). These suburbs usually have a high proportion of migrants and an equally high dropout rate in local schools. At Chantereine High School, however, a very special project has provided disadvantaged girls with a sense of achievement and taught them ambition, self-discipline and perseverance. These daughters of immigrants have built up their self-confidence thanks to the Rugby team founded by their trainer Florian Clement in 2015. Photographer Camilo Leon-Quijano, born in 1991 in Bogotá, accompanied the rise of these Rugby women with his camera. By now, all of them have successfully finished school. Some of them have even been hired by professional Rugby teams.

Sometimes they are sold for about 30 Euros by their extremely poor families. Sold to people who exploit them as housekeepers or for other kinds of labor. It is a modern form of slavery across country borders and still a part of the sad reality in the lives of thousands of children in West Africa. But there are institutions that fight against this kind of child trafficking. They are a kind of back door to escape slavery. Spanish photographer Ana Palacios therefore called her photo series about rescue centers for slave children, like the one in Cotonou, Benin, “The Back Door”. At the center, children who have managed to flee or were no longer of use to their “owners” are taken care of by psychologists and teachers. There they try to identify the children they have taken in and to find their natural parents. Sometimes there are even girls and boys from Togo and Ghana. And even though these rescue centers are meagerly equipped, they provide for something essential: Security.

All texts by © Peter-Matthias Gaede 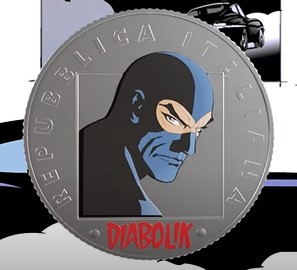 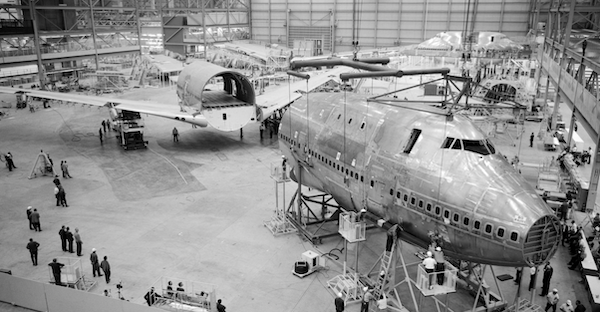 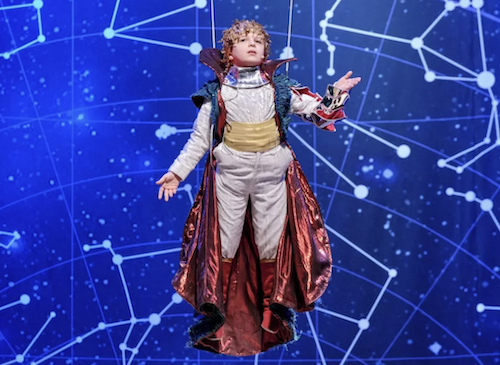 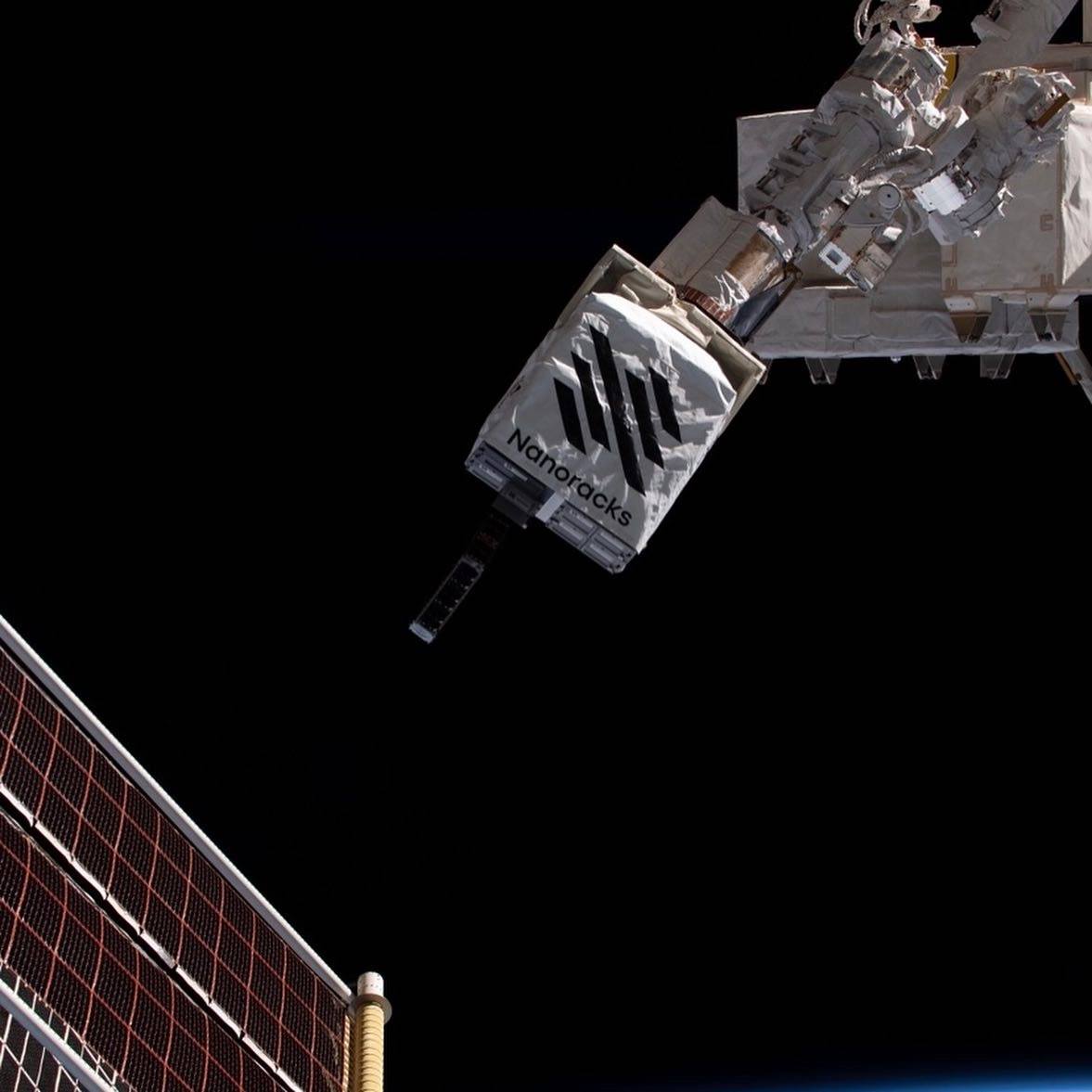 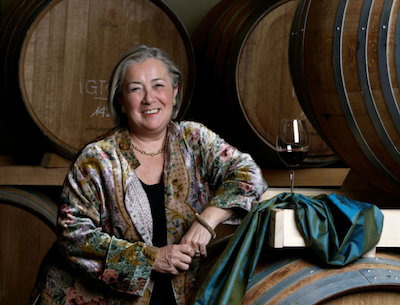